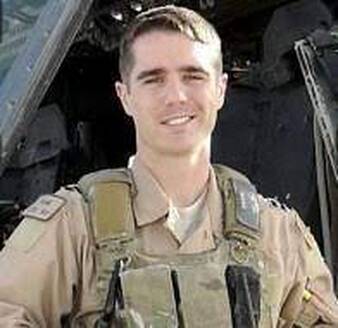 Captain Sean M. Ruane was born on October. 11, 1982 in Pittsburgh, PA.  After graduating from high school in 2000, he attended Embry Riddle Aeronautical University studying International Relations and Research Meteorology.  Sean entered the Air Force after graduating from college and began undergraduate pilot training where he first mastered the UH-1H Huey helicopter, earning his wings in 2007.  He next joined the 512th Rescue Squadron to learn to fly the HH-60G and upon graduation was assigned to the 41st Rescue Squadron.

He was deployed four times to Iraq & Afghanistan where he eventually was selected to become an HH-60G instructor pilot to teach others combat rescue.  He was a highly decorated pilot including 17 Air Medals, a Meritorious Service Medal, Air Force Commendation Medal, Air Force Achievement Medal, and the Air Force Combat Action Medal.  He was killed with three other airmen on a training mission in the HH-60G Pave Hawk when their helicopter crashed after being hit by a flock of geese on January 7, 2014 in England. He leaves behind his wife, Rachael, and their son.