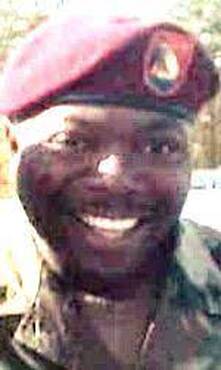 SSG Ricky Crockett was born January 30, 1966.  He joined the Army right out of high school and served his country for 20 years.  He shared with family how excited he was to retire that summer.  He always had a smile on his face and loved to cook.

Ricky was killed in action on January 12, 2004 when the truck he was driving was hit by an IED while on patrol. He was assigned to Company D, 51st Signal Battalion, XVIII Airborne Corps based in Fort Bragg, NC.

He is survived by his wife, Megan, and his daughter. Megan attended a Survivors of Heroes Retreat in 2018.
Copyright © 2021 Holbrook Farms Retreat
Support Us