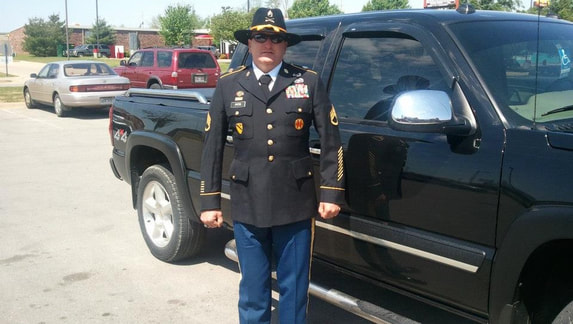 Coy also worked as a deputy for the Washington County Sheriff’s Office in Arkansas.  He was an avid NASCAR fan, Dallas Cowboys fan, and loved to fish.

Coy passed away on May 24, 2011.  He is survived by his wife, Julie, three sons, his parents and siblings.  Julie joined us at Holbrook Farms in 2015 for a Survivors of Heroes Retreat.
Copyright © 2021 Holbrook Farms Retreat
Support Us