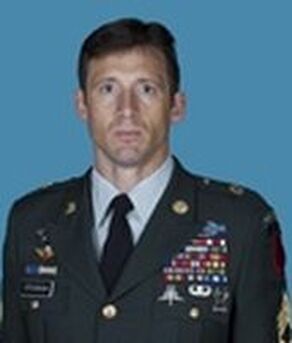 Master Sgt. Benjamin Allen Stevenson was born on February 7, 1975 in Albany, NY.  After graduating from high school, he enlisted in the U.S. Army as an Infantryman on June 10, 1993. He was a highly decorated solider that during his career he served as a Tow Gunner, Squad Leader, Aircraft Powerplant Mechanic, Special Forces Weapons Sergeant, Special Forces Intelligence Sergeant and an Assistant Operations Sergeant.  In January 2000, he attended and graduated from the U.S. Army John F. Kennedy Special Warfare Center and School to become a Special Forces weapons sergeant.  He was assigned to Bravo Company 3rd Battalion, 5th Special Forces Group at Fort Campbell, KY.  He deployed once to Afghanistan and three times to Iraq while with the 5th Special Forces Group (Airborne).  In May 2006, Benjamin was assigned as a special operations team member, U.S. Army Special Operation Command (Airborne) at Fort Bragg, NC.  Here he deployed four times to Iraq and twice to Afghanistan.

Benjamin was killed July 21, 2011 while serving during Operation Enduring Freedom in Pakitka province, Afghanistan. He is survived by his wife, Heather, two sons, and his mother.  We were honored to meet Heather at a 2019 Survivors of Heroes Retreat.
Copyright © 2021 Holbrook Farms Retreat
Support Us