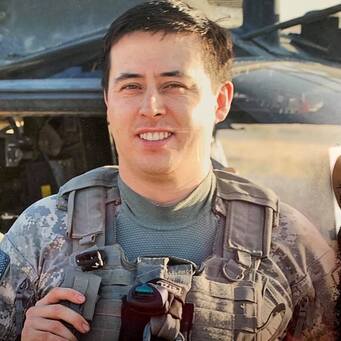 CW3 Benjamin F Locke was born November 14, 1975 in Seoul, South Korea.  He grew up an Army kid which meant he lived all over the world.  Benjamin joined the U.S. Army in 1994 where he was an Infantryman and Army Ranger from 1994 to 2005.  In 2005, he became a Warrant Officer and an OH-58D Kiowa Warrior pilot.  While serving his country, Benjamin deployed multiple times overseas.

Benjamin loved riding his motorcycle, hunting and working on cars with his sons.

Benjamin passed away December 10, 2015.  He is survived by his wife, Jolaine, two children, parents and sister.  We were honored to meet Jolaine in 2019 at a Survivors of Heroes Retreat.
Copyright © 2021 Holbrook Farms Retreat
Support Us