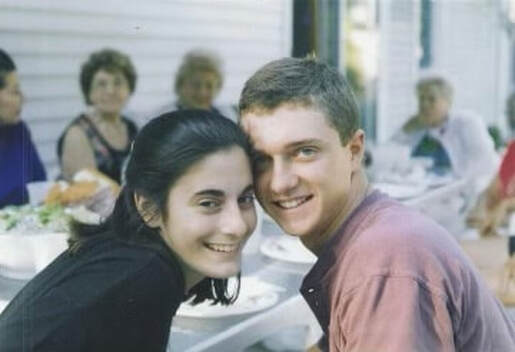 Captain Nick “Rev” Giglio was born December 18, 1976 in Toms River, New Jersey.  He met his wife in high school in New Jersey.  Nick was a part of the New Jersey Civil Air Patrol where he earned the General Billy Mitchell Award that earned him advanced placement as an Airman 1st Class after completing basic military training.  Nick had a goal to attend Embry Riddle Aeronautical University and fly for the Air Force but needed help paying for college.  He enlisted in the Air Force right after high school and after basic training he worked on navigation and communication systems in the C-141 aircraft.  In 1998, Nick received an ROTC scholarship to Embry Riddle and earned a Bachelor’s degree in Aerospace Engineering.  Nick married his high school sweetheart, Leigh, on July 1, 2000.

He was commissioned as an Air Force officer in May 2003 and attended pilot training at Euro-NATO Joint Jet Pilot Training at Sheppard AFB, Texas in 2004.  He was chosen to stay at Sheppard to be a first assignment instructor pilot in the T-37 where he instructed for three years.  Next, Nick and Leigh went to Kelly AFB in San Antonio, Texas for him to achieve his dream of learning to fly the F-16. After F-16 graduation, Nick was assigned to the 77thFighter Squadron at Shaw AFB, South Carolina.  On October 15, 2009, Nick had a mid-air collision during a nighttime sortie while training for deployment and passed away.

Nick is remembered as a great friend to everyone, a man of faith, and a loving. Husband and father. He is survived by his wife, Leigh, two children, parents and sister.  Leigh attended our first Survivors of Heroes Retreat in 2014 and returned in 2021 as a Facilitator while her children also attended the kids camp at Camp Cormorant.
Copyright © 2021 Holbrook Farms Retreat
Support Us